The Covid-19 pandemic has cleared the air in the world’s most polluted cities, most of which are in Asia. But for how long?

The irony. A disease that attacks the lungs, which has killed more than 165,000 people since the beginning of the year, might actually be prolonging some lives by reducing air pollution.

The world’s most polluted cities, most of which are in Asia, are experiencing record-breaking declines in smog as coronavirus-induced lockdowns curtail big sources of air pollution such as road traffic, heavy industry and the burning of fossil fuels.

Delhi, the world’s smoggiest city, saw levels of PM2.5, fine particulate matter than penetrates deep into the lungs, drop by 60 per cent in the three-week period from 23 March to 13 April 2020 compared to the 2019 average, according to the Covid-19 Air Quality Report from IQAir AirVisual, a firm that measures air quality around the world. 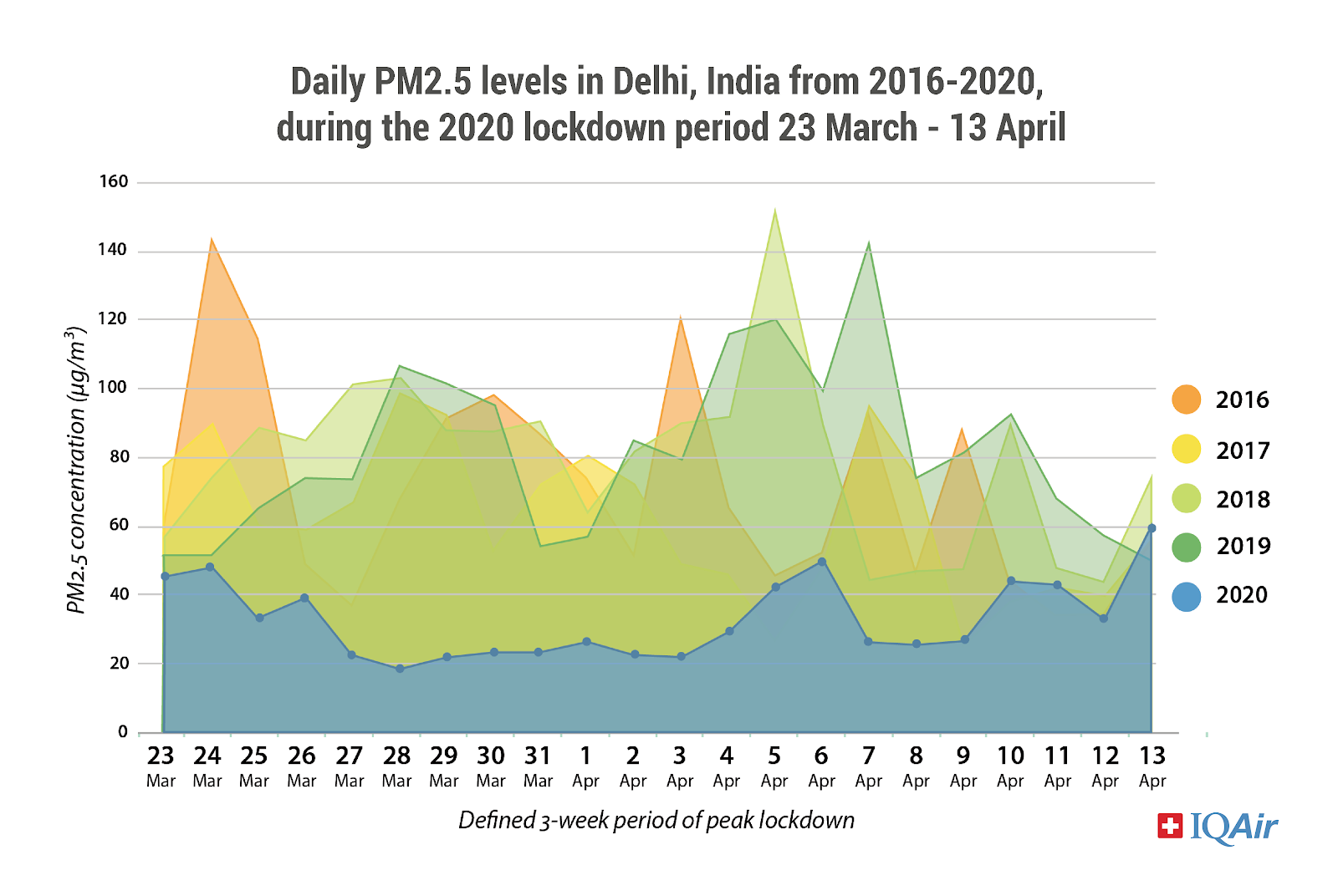 The Indian capital’s air was, on average, almost 10 times above the PM2.5 level considered safe to breathe by the World Health Organisation last year, but during lockdown, when construction projects and non-essential industry halted and traffic congestion eased, air quality has been three times over WHO’s safe limit, at 32.8 µg/m³.

Delhi and Mumbai, India’s commercial, both experienced the cleanest March on record, and are on track for their cleanest April, if the current trend continues. 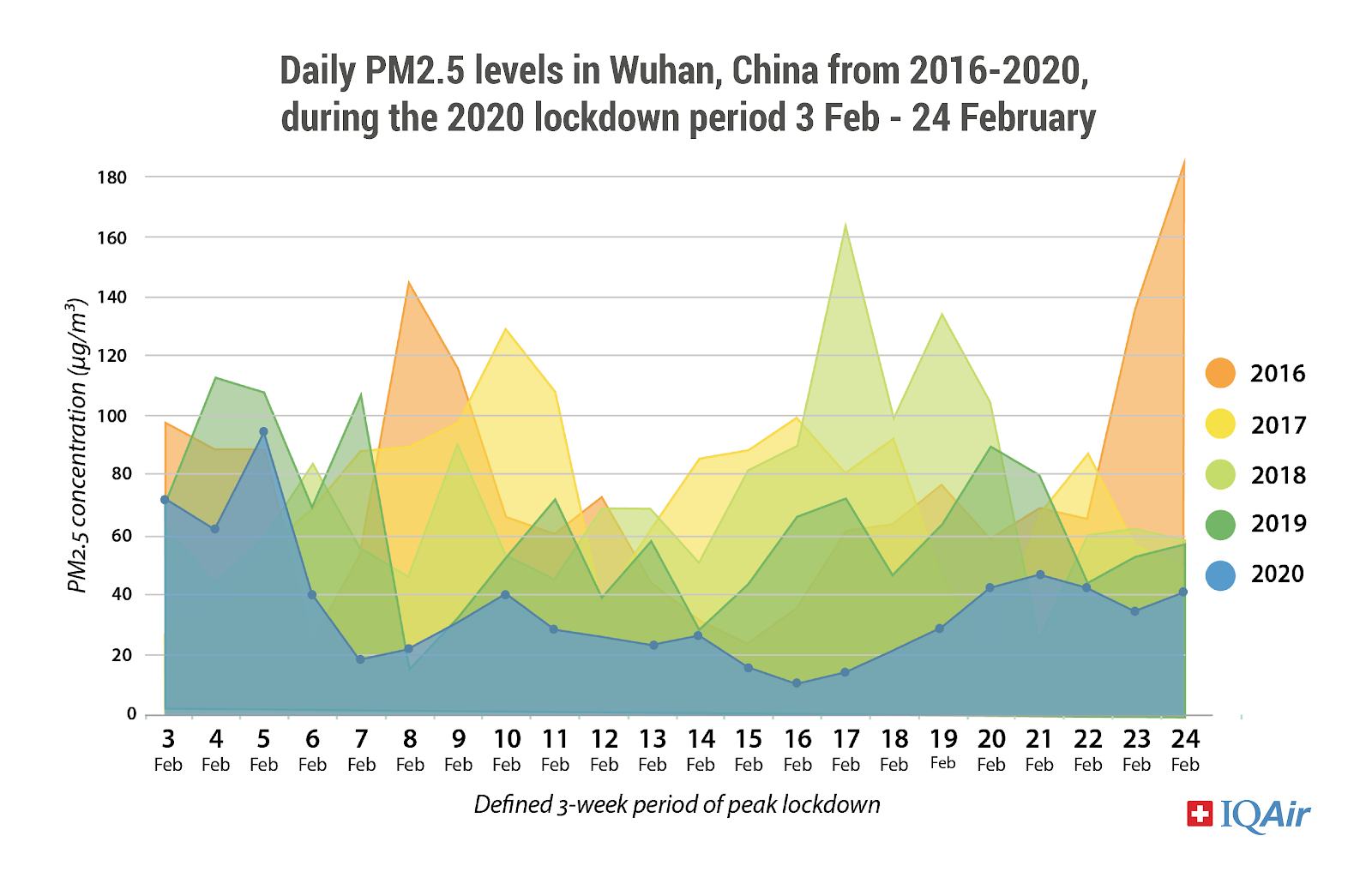 In Wuhan, the capital of China’s industrial Hubei province, where the coronavirus is believed to have emerged from a wildlife market at the end of last year, air pollution levels fell by 50 per cent during lockdown compared to the four-year average for 2016-2019.

During Wuhan’s 10-week lockdown, when private vehicle trips were banned, most public transport suspended, and schools and businesses closed, the city of 11 million people experienced its cleanest air on record for February and March. Average PM2.5 concentrations were of 36.8 µg/m³ and 32.9 µg/m³ respectively, compared to 63.2 µg/m³ and 43.9 µg/m³ for February and March 2019.

But for how long?

In seven of 10 global cities IQ AirVisual studied using data from government as well as citizen air pollution monitors, significant reductions in air pollution were seen during lockdown periods, of between 25 to 60 per cent, compared to the 2019 PM2.5 average. Only in London and Madrid, two of the worst affected places by the virus globally, were pollution reductions relatively small, down 9 per cent and 11 per cent, respectively. In Rome, however, pollution levels increased, which could be a result of weather conditions or increased domestic heating. 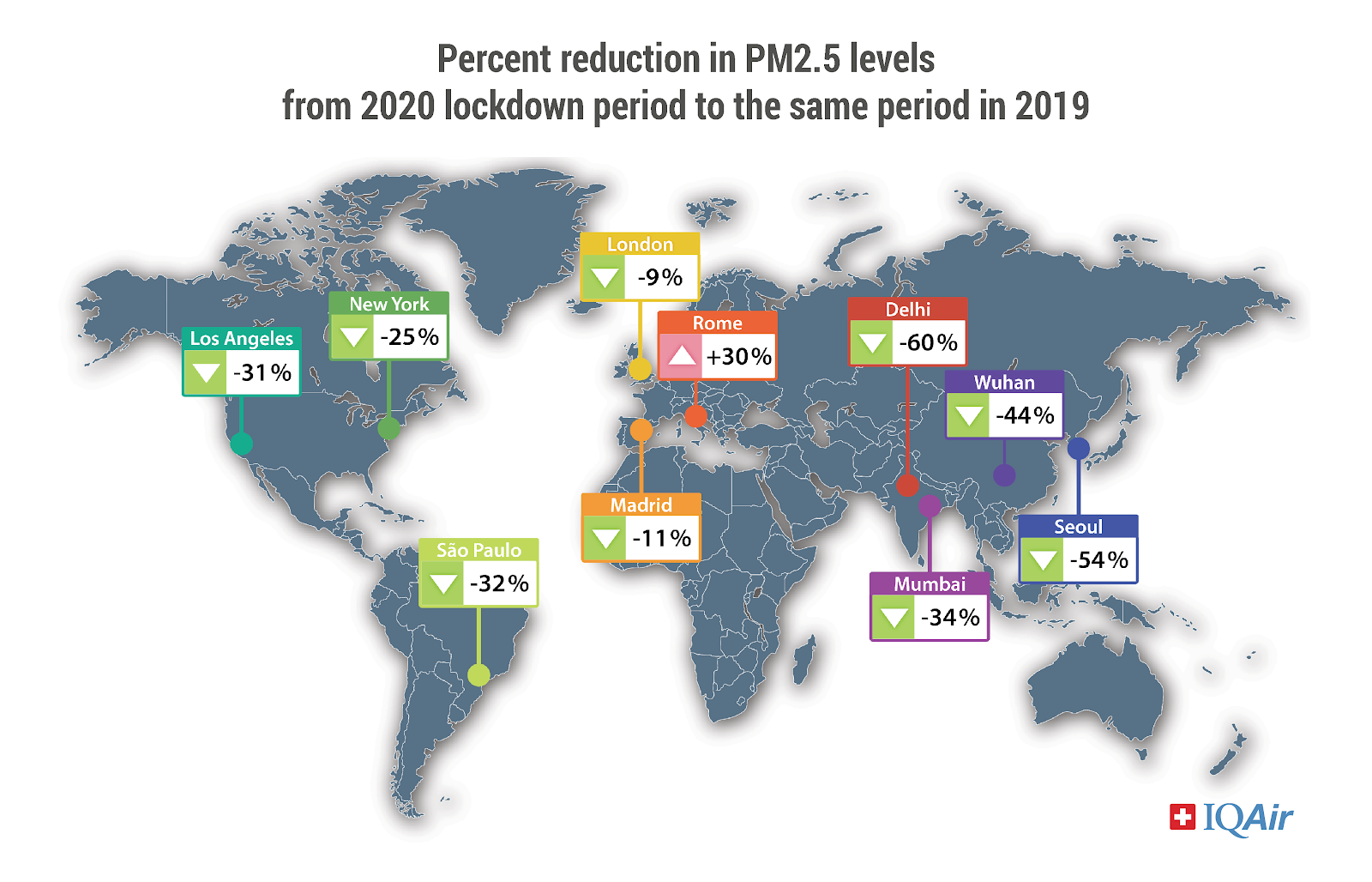 How air pollution has fallen in some of the hardest hit cities by the coronavirus. Source: IQAir AirVisual

The report showed that the most polluted placed showed the biggest reductions in smog. IQAir Airvisual spokesperson Kelsey Duska told Eco-Business that as economies revive post-lockdown, air pollution is likely to rise to previous levels, but only when economies are in full swing again, which could take a year or more.

“In Wuhan, we can see that pollution emissions have already risen to roughly the levels of years past (or more), though the time frame is too short to be completely indicative. A short-term spike may be the result of kickstarting industry again, as factories try to service backlogged demand,” Duska said.